The Radical Artist: Molly Crabapple's Life of Art and Activism 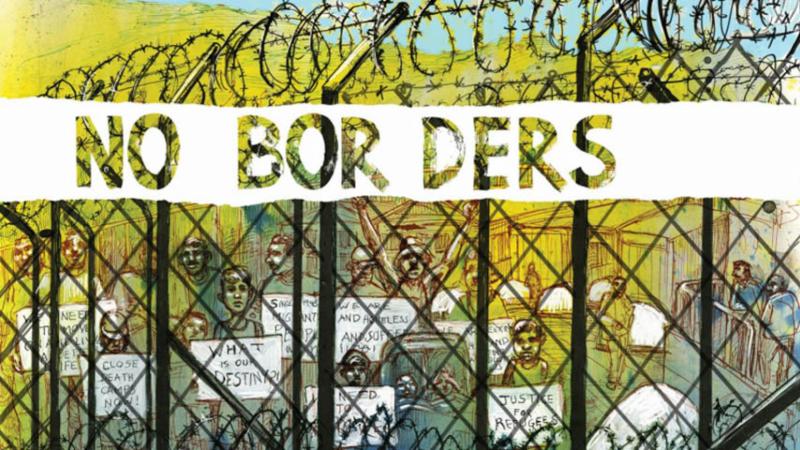 “Refugees didn’t live in town. The overwhelming majority were stuck in a camp with layers of razor-wire-topped fences that evoked comparisons to Guantánamo from some of its residents. Meant for 600, its population had, during my late-October visit, swelled to more than 2,400—with more arriving each day. According to one source, just fewer than 2,100 remained inside the camp as of late January.” Molly Crabapple (VICE)

"I can't remember a time when I wasn't drawing," says Molly Crabapple. "I can't not draw. It's how I relate to the world." And Crabapple's art — her drawings, paintings and posters — have ignited various political causes, from the Occupy Movement to protests against the treatment of prisoners in Guantanamo. She tells Anne how art can be a political tool.