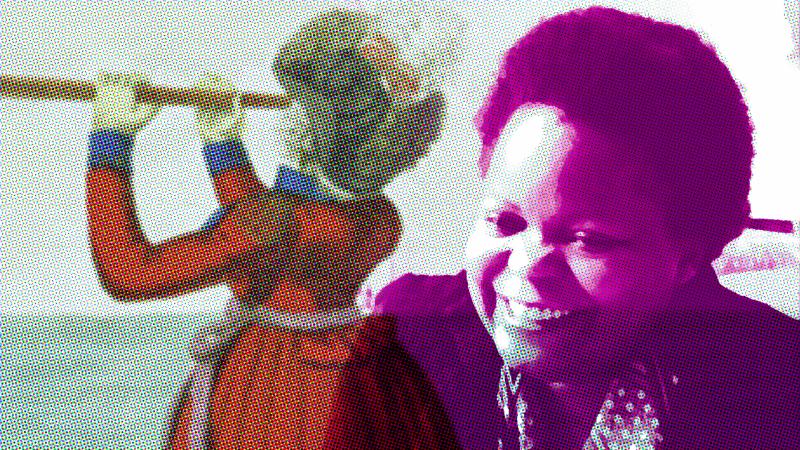 One of the best parts of Bookmarks is how often they delightfully surprise. Take Petina Gappah’s Bookmark. She has a law degree from the University of Zimbabwe. She went on to get her master's degree at the University of Cambridge, and then to Austria for a doctorate in international trade law at the University of Graz. She’s also a writer who writes in English and draws on Shona, her first language. She is currently based in Berlin, where she has a DAAD artist-in-residence fellowship. In 2016, she was named African Literary Person of the Year by Brittle Paper.

Her latest novel “Out of Darkness, Shining Light,” tells the story of what happened to the famed British explorer of African Dr. Livingstone's body after he died. In 1873, 69 Africans carried his body for nine months in the African heat to get his body back to be buried in England.

So when we asked her what her favorite book is, we weren’t expecting “Persuasion” By Jane Austen. A book she explains is “The most African of Jane Austen’s novels.”

Her explanation of her “toothbrush novel” is as surprising as it is delightful. But it is also a look at women in Africa today told through the eyes of two novelists: a Zimbabwean in 2020 and English woman in 1818.

I read "Persuasion" almost every year. Sometimes I call it my "tooth brushing novel." It is a book that I read and that I can pick up at any time. I can even just pick up "Persuasion" and start reading from the middle, from the beginning, from the end, it doesn't matter. It's a novel I know intimately and that I love very much because it is a different kind of love story, especially for Jane Austen to have written.

Her love stories are usually about first encounters. People meet, fall in love, a few obstacles and then they marry. "Persuasion" is very much a novel about immature love because it's a story of two people — Anne Elliot and Frederick Wentworth — who meet when they are young and then are separated by eight years. And then they have to discover whether there are still these strong feelings that they have for each other and whether the obstacles that separated them in the first place are still as strong as they are eight years later. It's a book of great sorrow and reflection.

It is a very unusual heroine for Jane Austen as well, because she has great interiority. She's very different from Emma or Elizabeth Bennet, who are bubbly and lively. Anne is very much in her own thoughts, and Jane Austen really takes us, in a very moving way, into the deep, disappointed thoughts of this woman who thinks that love has past her forever. This book is really — it speaks to me very powerfully because it's a book about second chances.

And as somebody who has made more than a few mistakes in their love life, I really hope that, you know, second chances, third chances, fourth chances will come to me one day, but less frivolously.

It's a book that I think is the most African of Jane Austen novels. I always try to give it an African reading to Jane Austen.

I think this is, this and "Emma" are the two most African novels because I can relate to Anne Elliot's dilemma as a young woman who wants to please her patriarchal and authoritarian family, but does so at the cost of her own feelings and her own heart.