Martin Amis on 'The Adventures of Augie March' 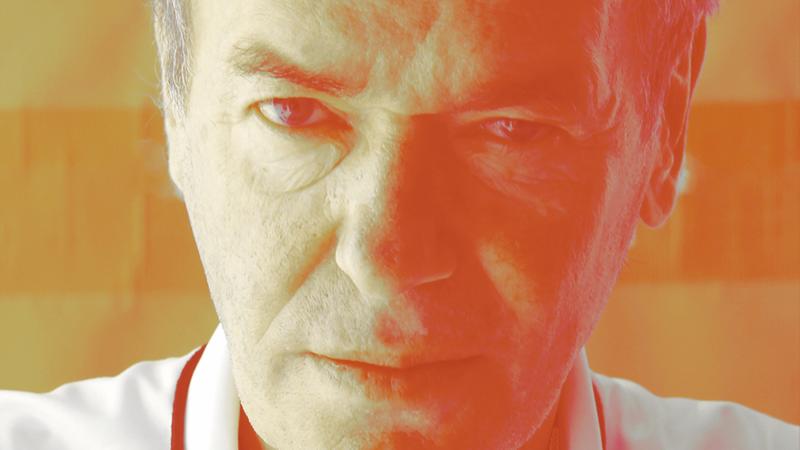 Martin Amis has written his fair share of novels and essay collections: "London Fields," "Time’s Arrow," "The Night Train," and "The Rub of Time" to name just a few. For a writer, you expect their favorite books to be a source of inspiration. For Amis, Saul Bellow's 1953 novel is a source of writer's block.

"The Adventures of Augie March" tells the odyssey of a poor boy growing up in Depression-era Chicago. Determined to not be confined to his station in life, Augie meanders upward through a series of occupations ranging from a paperboy to a butler, a shoe salesman to a dog washer, a union organizer to a sailor. It’s a picaresque story about finding an identity and a fate worth living.

It's as if all the words are there and leaving none left for you.

I was talking about this with Salman Rushdie. We were saying how marvelous it was and then I spoke to him the following week.

I said, how's it going? He said, "Oh terrible. I mean, I sat down today and there's just nothing there. It was just gone. Everything I'd written up to then seemed terrible and I had no idea what to write. I just felt that I was finished as a writer." And I said, "Ah, you just finished 'The Adventures of Augie March.'" I said, "Don't worry. You'll be back." And so it proved.

I was asked by Everyman's Library to write an introduction to the Saul Bellow novel of my choice. So I re-read it with even greater admiration, and then sat down to write this introduction. And I've never felt so, as Salman said, so emptied out and so incapable of producing even a sentence.

And I don't know of any novel that has this sort of eviscerating effect. That makes it sound as though it's depressing, but it's not. It's awesome.

And it's sustained, too.

And then he turned to Saul and said, "What's 'Augie March' about?" And Saul, who was by then very limited, he had dementia. It's not a secret. He said "It's about 200 pages too long." And I thought, well, maybe you feel that now.

But for others, it's about 200 pages too short.