The Many Movements Toward Oblivion Tracked By The Doomsday Clock 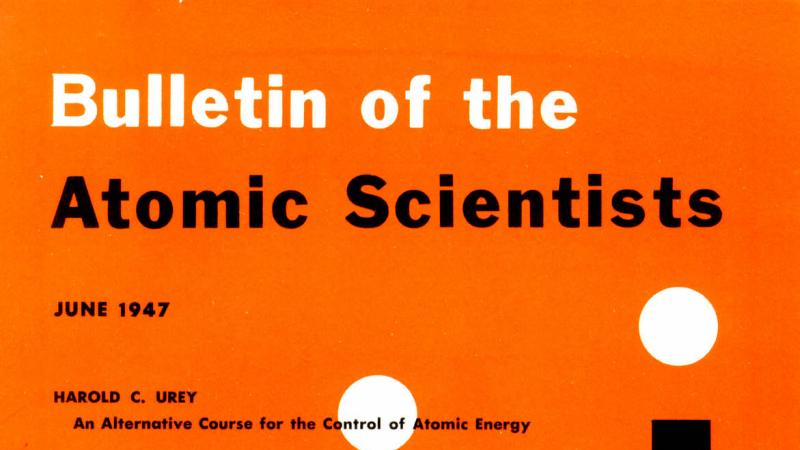 We are now two minutes to midnight. The Doomsday Clock, the historical (some might say hysterical) tracker of how close we are to a man-made catastrophe, has just advanced by 30 seconds. According to the clock, the last time we were this close to the end of time was in 1953, at the peak of the Cold War, when the US and the Soviet Union were actively testing hydrogen bombs. As if we didn’t have enough to worry about already.

The clock is a metaphor for the anxiety of our time. But it’s also strangely hopeful. It represents a pained yearning that things might improve from this moment. Because if they do, the minute hand could possibly be turned back. Angst of the 1950s focused entirely on imminent nuclear disaster as our self-fulfilling prophecy. Today, the clock tracks a whole constellation of potential doom for humanity, including climate change, cyberattack and bioterrorism. Just who created this clock and who is the keeper of its time?

Read the 2018 Doomsday Clock Statement and the concrete suggestions it includes to help #RewindtheDoomsdayClock https://t.co/uiua9tDpwn pic.twitter.com/iVQzvnOhxC

The Doomsday Clock was conceived in 1947 by a group of University of Chicago physicists who worked on atomic weapons as part of the Manhattan Project. Seeking a public call to action on behalf of the scientific community, they published the first edition of the Bulletin of the Atomic Scientists, a journal about the destructive potential nuclear weapons posed to humanity. That original issue featured articles like “A Japanese Scientist Describes Destruction of Cylcotrons,” and “How the American People Feel About the Atomic Bomb.”

Martyl Langsdorf, an artist married to nuclear physicist Alexander Langsdorf, Jr., was asked to design a clock for the first cover of the Bulletin. “I visualized the cover by drawing a clock in white paint on the black binding of [a bound copy of Beethoven’s Sonatas],” wrote Martyl Langsdorf, who became known as the “Clock Lady" before she passed away in 2013. “It was a rather realistic clock but it was the idea of using a clock to signify urgency.” The first cover was bright orange, as Langsdorf, said, “to catch the eye.” The same design was used for decades. 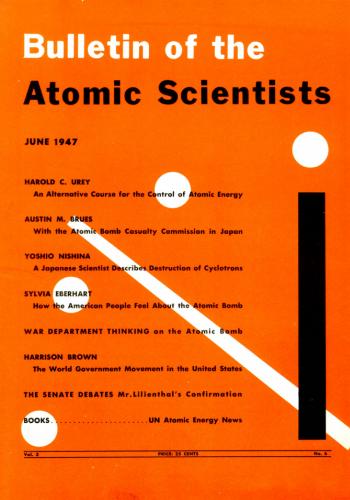 Twice a year now, the Science and Security Board of the Bulletin meets in to Chicago to debate the current state of our world, and decide to keep the clock at the same time, turn it back, or move it forward. In January 2018, the decision was made to set the clock ahead to two minutes until midnight. The list of doomsday timekeepers reads like a who’s who of serious thought in nuclear energy and climate change, including 15 Nobel laureates. The original board included Albert Einstein and Robert Oppenheimer.

“They wanted to warn the world,” says Richard Somerville, a climate scientist who specializes in the role of atmosphere and clouds. “They knew better than anyone else." Somerville has been on the board for five years, and was part of the group who voted in 2018 to move the clock forward. “We want to impress the world with the seriousness of the issue,” he says. “We’re not some happy-go-lucky group of people who meet for beers.”

In 2007, Somerville’s research as part of the Intergovernmental Panel on Climate Change was honored with a Nobel Peace Prize, shared that year with former Vice President Al Gore. While some countries, and even some states within the United States have made environmental progress, Somerville says the U.S. leadership under President Trump is moving the world backwards. “[President Trump] is dismissing something as real as gravity,” he says. “These are flat-earth people.”

As existentially gloomy as the Doomsday Clock is, it has become an American pop culture phenomenon, inspiring songs such as Midnight Oil’s 1984 song “Minutes to Midnight,” and the 1997 Smashing Pumpkins’ “Doomsday Clock.” The band Linkin Park named their 2007 album “Minutes to Midnight,” in reference to the clock. Followers of the clock are not only those who remember worrying about the Cold War. About half of the visitors to the Bulletin’s web site are under the age of 35, according to Janice Sinclaire at the Bulletin.

Personally, says Somerville, he tries not to obsess about the clock, which he sees as illustrating a mostly invisible crisis. But he knows people are moving through their day—getting the kids to school, thinking about their car payment, making grocery lists — and he wishes for more ways to wake people up to what he says the Pentagon calls a “threat multiplier.” It might take, he says, for instance, a chunk of Antarctica to break off into the sea. It also might help to have a charismatic leader talking about climate change, someone who could move the people — and maybe the minute hand — further away from the brink of destruction. Somerville thinks that's going to take building bridges between groups allied in their goal to preserve the environment for future generations — specifically, he mentions that his evangelical Christian friends have a renewed interest in preserving the planet.

“Things do change,” says Somerville, pointing to the civil rights advances he’s seen in his lifetime. “What we don’t have is a lot of time.”