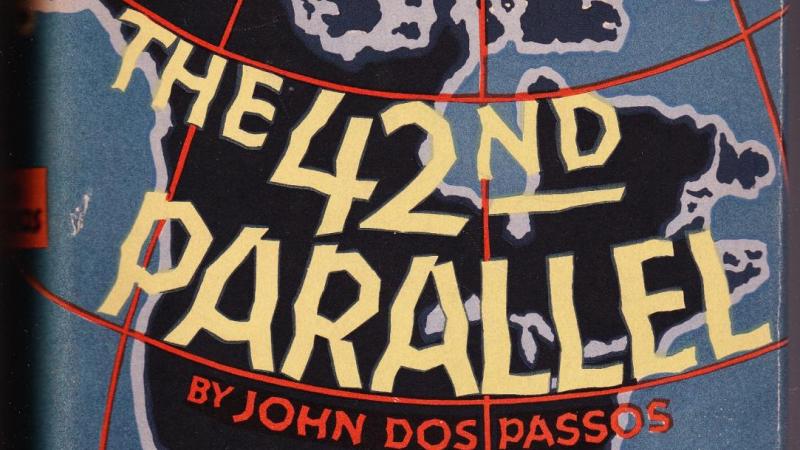 Kim Stanley Robinson recommends "The Greatest Story of the 1920's That We Have: The U.S.A. Trilogy" by John Dos Passos.

The U.S.A. Trilogy by John Dos Passos is one of the great American novels, at this point running a little bit under the radar. It was famous in its time but has been semi-forgotten. It’s about what it was like to be an American after World War I and it’s the greatest story of the 1920’s that we have.

To show the whole culture rather than just a couple of heroic individuals, Dos Passos invented an entirely new method. The narrative is split up between maybe a dozen characters that he follows around through the jumble of their lives. They’re not like ordinary characters that seem to have destinies. They’re more like pinballs in a pinball machine, bouncing around America in the 1920’s, trying to figure it out. Also, there are sections that are prose poems about famous Americans, like Ford or Tesla or Thomas Edison or Woodrow Wilson. There’s a “Camera Eye” section, as he calls it—an odd name for what’s really stream of consciousness from a consciousness never identified, but which turns out to be Dos Passos himself, or his autobiography. And then there are newspaper headlines from the newspapers of the time that are so bizarre—“news of the world” tabloid-type articles from the twenties—that you think maybe he even made them up, but in fact, he was very meticulously saving all of the weirdest articles and sticking them into the book.

All in all, mixed together like this, you have a kind of experimental novel—very avant-garde and yet very compelling and beautifully written. When you’re done, about a dozen characters have been inscribed into your mind with their odd lives. It’s been nearly a hundred years since all of these things happened, and yet you’ll be startled at how contemporary it feels.

When I was asked by my editor to make my novel 2312 into a portrait of the entire solar system in a single volume, I was appalled—and yet, Dos Passos came to my mind. And so […] I used Dos Passos’s method explicitly, even to the fonts of the table of contents (which is a tour de force in itself, this table of contents he set up with four different strands). I used those four different strands with the same fonts, out of Random House 1930, and had a blast doing a specific homage to the Dos Passos method.