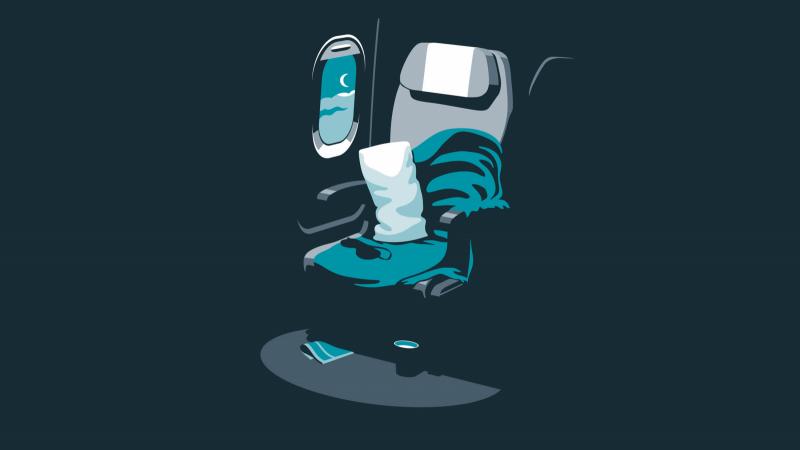 You probably don’t give jet lag much thought, unless you spend a lot of time flying. Even then, you may write it off as an annoying condition in which your body and its inner clock have been desynchronized by flying across multiple time zones. But Christopher J. Lee says there’s a lot more to jet lag, and it can help us gain new insights into our relationships with technology, the limits of our human bodies and even help us visualize globalization.

The following transcript has been edited for clarity and length.

Doug Gordon: You say that in a sense, jet lag has always been with us — that it predates air travel. So how can this be?

Christopher J. Lee: Jet lag is about our biological struggle with time and, in a sense, about our mortality — the human limits of travel and the way in which our human limits come into conflict with technology.

If you think of jet lag that way, within these broader themes, then we can see how these themes are actually very human ones and have been with us for a long period of time, going back to the Greco-Roman period. I think that, as I cite in the book, a number of philosophers going back to Plato and Aristotle to St. Augustine and up to the nineteenth century and twentieth century, there's a deep philosophical tradition engaging with time and what it means for our mortality and our biology.

CL: Absolutely. And this is another thing that fascinates me about jet lag. I think, as I write in the book, jet lag is time travel without the charisma.

And there’s a certain magic to that. With jet travel, we also are, in a sense, you know, traveling back and forth in time, whether we travel to Los Angeles or Singapore or travel forward to London or Moscow. But we don't feel the magic. And this is why I say jet lag is time travel without the charisma.

DG: You say that jet lag is what contemporary globalization feels like. What do you mean by that?

CL: I teach global history at Lafayette College. One of the things that I try to have students understand are the different ways we can approach globalization as a phenomenon. That is to say that globalization is such a huge phenomenon, it seems intangible.

A common approach for approaching globalization is to point to Starbucks franchises in Beijing or to see McDonald's in New Delhi — these sorts of incidents of commercialization, of capitalism, of the exchange of goods the movements of peoples, and so forth.

With this book, essentially what I'm trying to point to is that globalization is also something we can feel, that moving across time zones traveling by airplane, feeling jet lag. That's a sensory experience that gets to what I think globalization is about. So I hope some readers will think of jet lag as not just a difficulty to overcome. But actually, something related to the globalized world that we live in.

DG: You describe Sofia Coppola’s 2003 film, “Lost in Translation,” as one of the most popular renditions of jet lag in recent memory. So I'm curious, what does this movie tell us about jet lag?

CL: Well, I love this film, I should say that. It gave me an excuse to watch the film the number of times while writing this book. Essentially jet lag provides a premise for their relationship — that is to say both Charlotte, played by Scarlett Johansson, and Bob, played by Bill Murray. They find each other in this relatively anonymous hotel in downtown Tokyo suffering from jet lag. And as a result of that, they start talking with one another and eventually develop this unexpected relationship because they're in this hotel and unable to sleep and staying up at odd hours and finding themselves at the hotel bar.

But I think the film itself through that premise and through their relationship opens up a deeper metaphysical ground about their lives and about aging. And so Charlotte basically confronts this post-college period of trying to discover herself, trying to find out what she wants to be in life, whereas Bob, played by Bill Murray, essentially is confronting a middle-age crisis and feels disappointed with his career and finds himself in an unhappy marriage. And so jet lag essentially provides this premise for confronting these issues in their lives. And so I think that. For me is where jet lag can potentially be instructive.

DG: What does jet lag tell us about our relationship with technology?

But I think jet lag tells a different story. It says that there are certain side effects to technological innovation and side effects that point to our human limits.