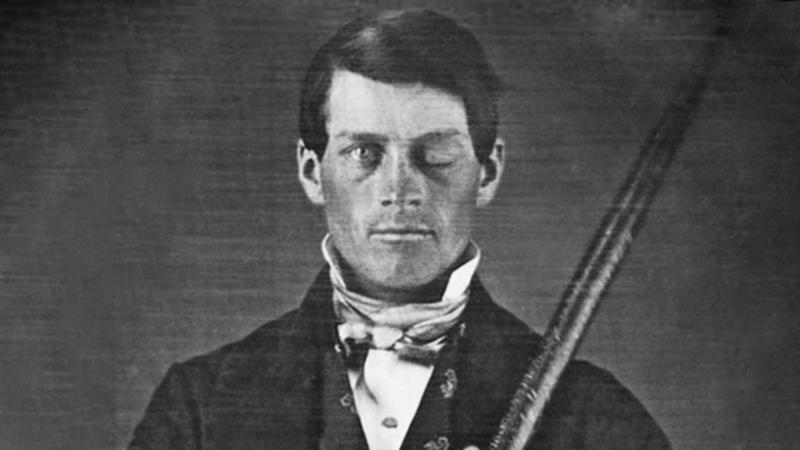 Photograph of cased-daguerreotype studio portrait of brain-injury survivor Phineas P. Gage (1823–1860) shown holding the tamping iron which injured him. Jack and Beverly Wilgus of daguerreotype originally from their collection, and now in the Warren Anatomical Museum (CC BY-SA 3.0)

Cavendish might look like any other small Vermont town. Nestled between rolling hills and the Black River, with one main street running through town, it’s a launching point for trout fishermen, snowmobilers and skiers. But this rural town of just over a thousand people can claim two remarkable historical figures — Aleksandr Solzhenitsyn and Phineas Gage.

Margo Caulfield, director of the Cavendish Historical Society, is an authority on both. She’s the go-to expert on all things Solzhenitsyn and Gage in Cavendish.

After years in prison and labor camps, the Nobel Prize-winning novelist and political dissident Solzhenitsyn moved with his family to Cavendish in 1976 and lived there for 18 years before moving back to Russia. "I like very much the simple way of life and the population here," he said. "I like the climate with the long winter and the snow, which reminds me of Russia." 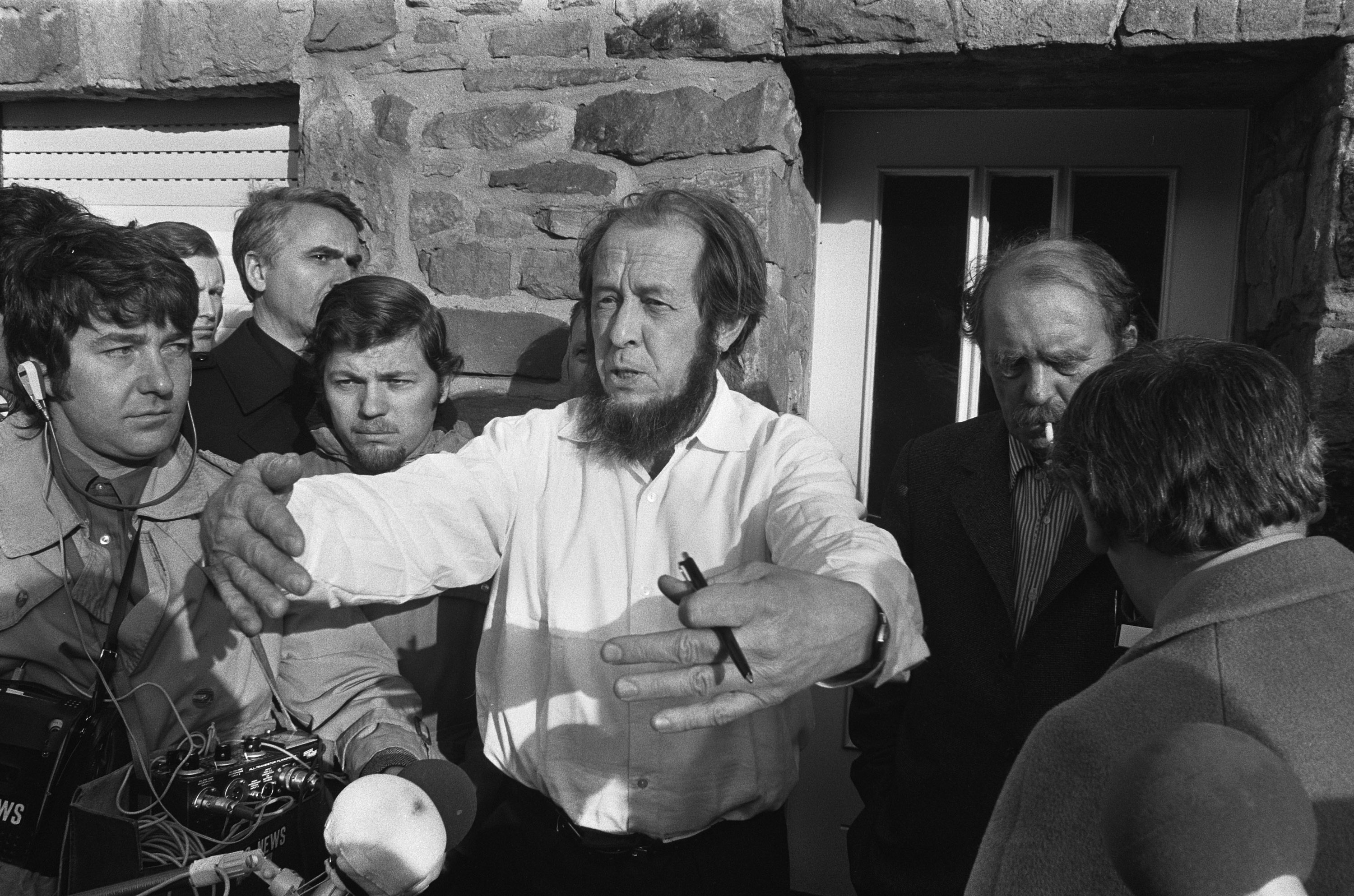 Caulfield believes Solzhenitsyn found just the right place to live in exile. "It is an absolutely perfect location," she says. "I often think, what a gift the people of Cavendish gave him because he was able to write. Everybody left him alone and everybody protected his privacy."

Cavendish’s other claim to fame, Phineas Gage, was a young construction foreman who suffered a gruesome accident that changed the history of brain science. In 1848, while blasting through rock to build the new railroad, an explosion sent a 3-foot, 13-pound iron rod up through his cheekbone and out the top of his skull. The tamping rod landed 80 feet away, "smeared with blood and brain." Remarkably, Gage lived — in fact, for another 11 years. He lost one eye and had a permanent hole in his skull, covered by a thin layer of skin. 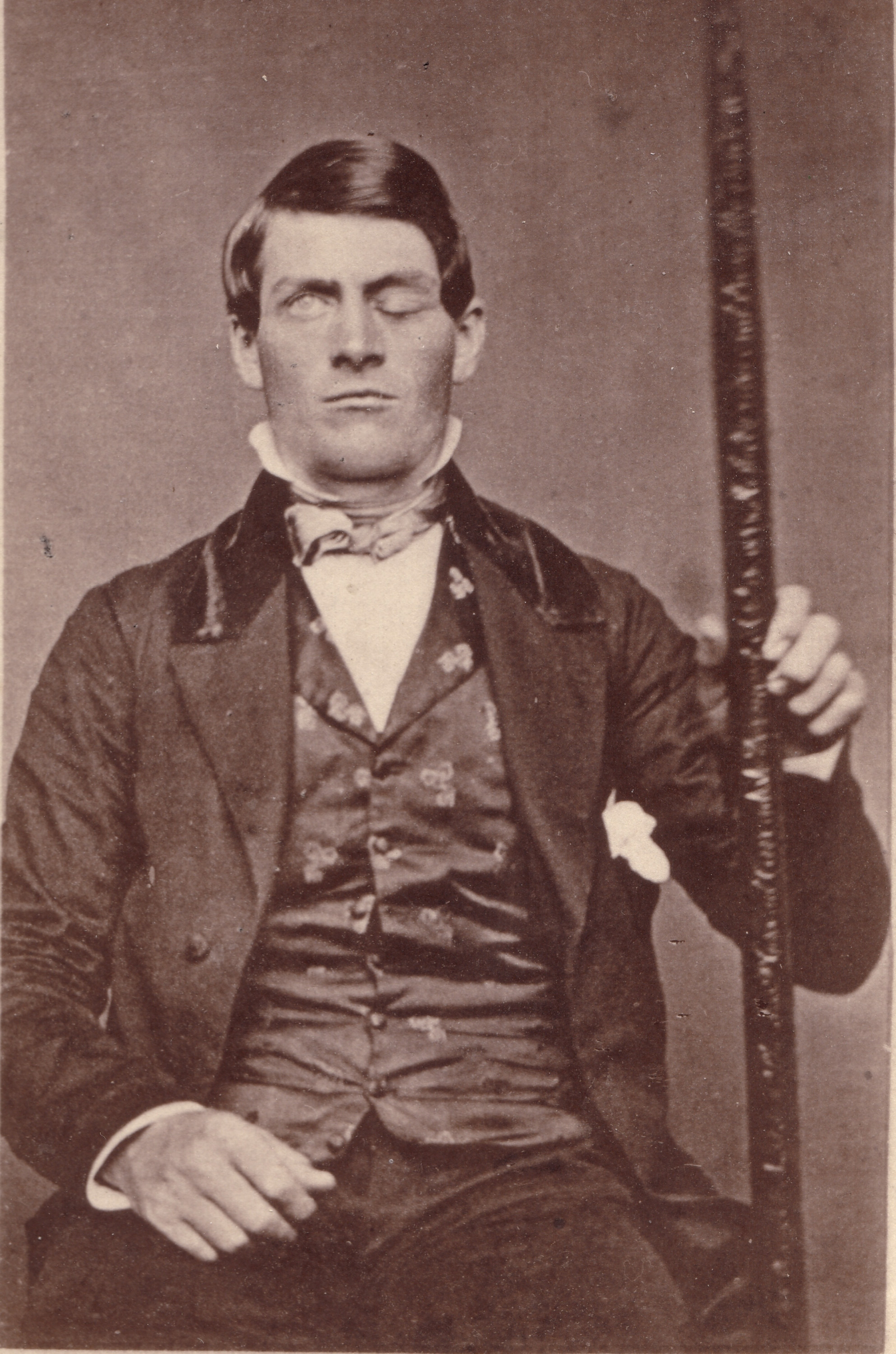 Cabinet-card portrait of brain-injury survivor Phineas P. Gage (1823–1860), shown holding the tamping iron which injured him; image cropped to remove much of surrounding card. From the Gage family of Texas photo collection. CC0 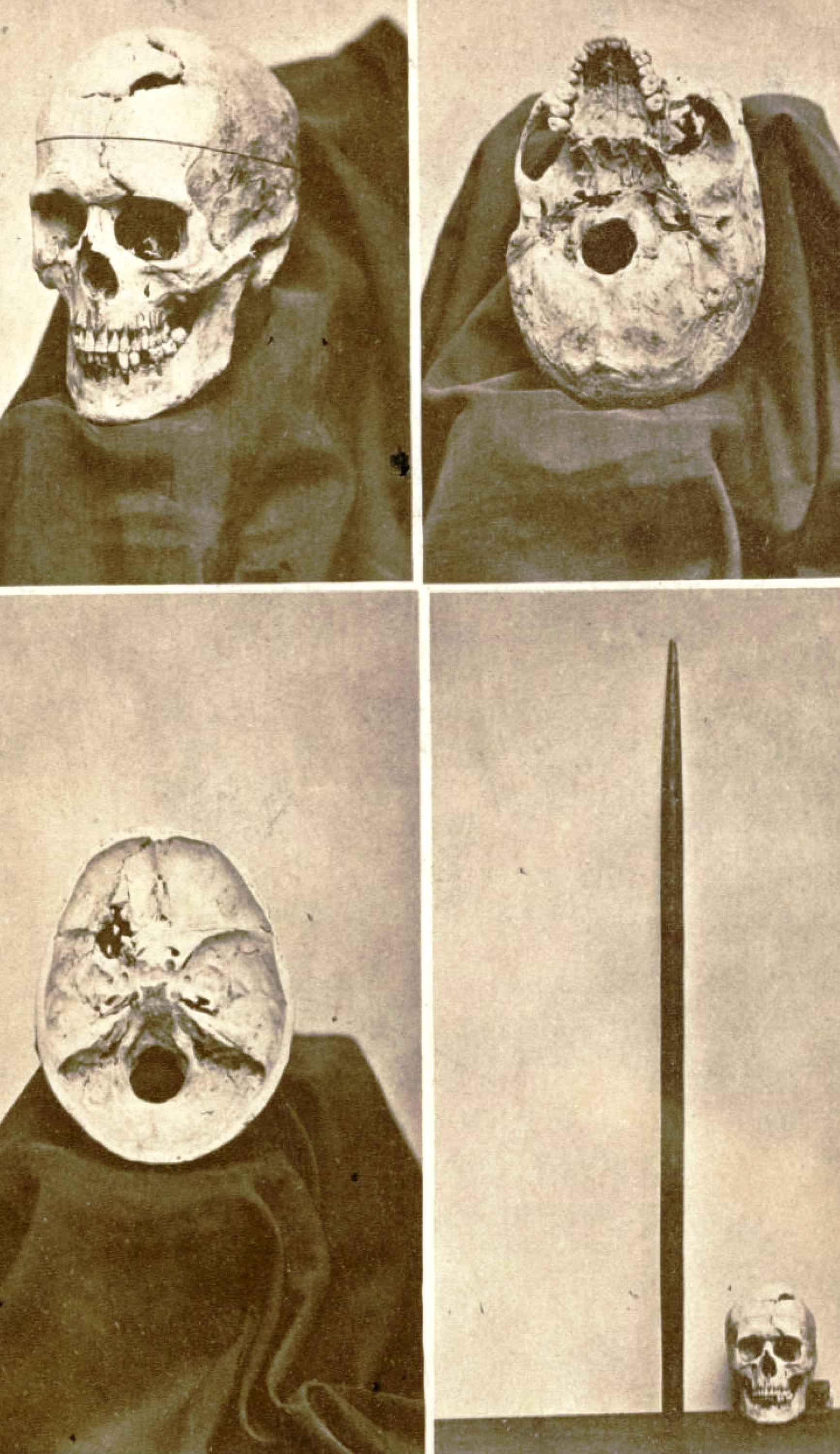 Gage was a medical marvel. There had been a long-running debate in the 19th century on whether different regions in the brain govern different behaviors. Here was a case of severe damage to the left frontal lobe, followed by a dramatic personality shift. It seemed to prove the point once and for all.

"It laid the path for the first real brain surgery in 1885," Caulfield says. "It opened up a whole new horizon. You can survive a brain injury, you can touch the brain, which means you can do surgery. It’s really, really huge."

He’d been well-liked by his co-workers and his employer, but later, his doctor reported that he became "fitful, irreverent, indulging at times in the grossest profanity." A friend said, "Gage is no longer Gage." 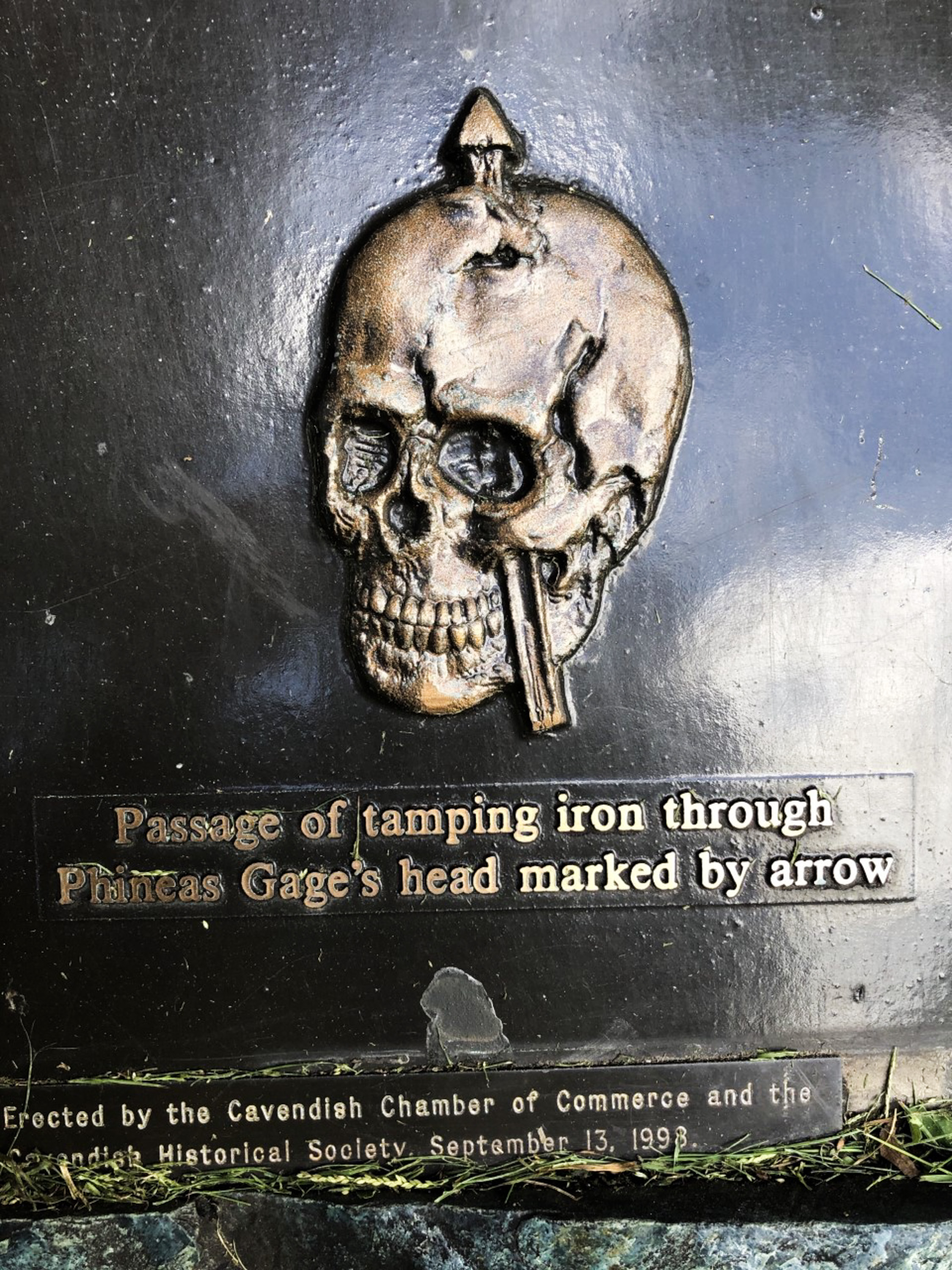 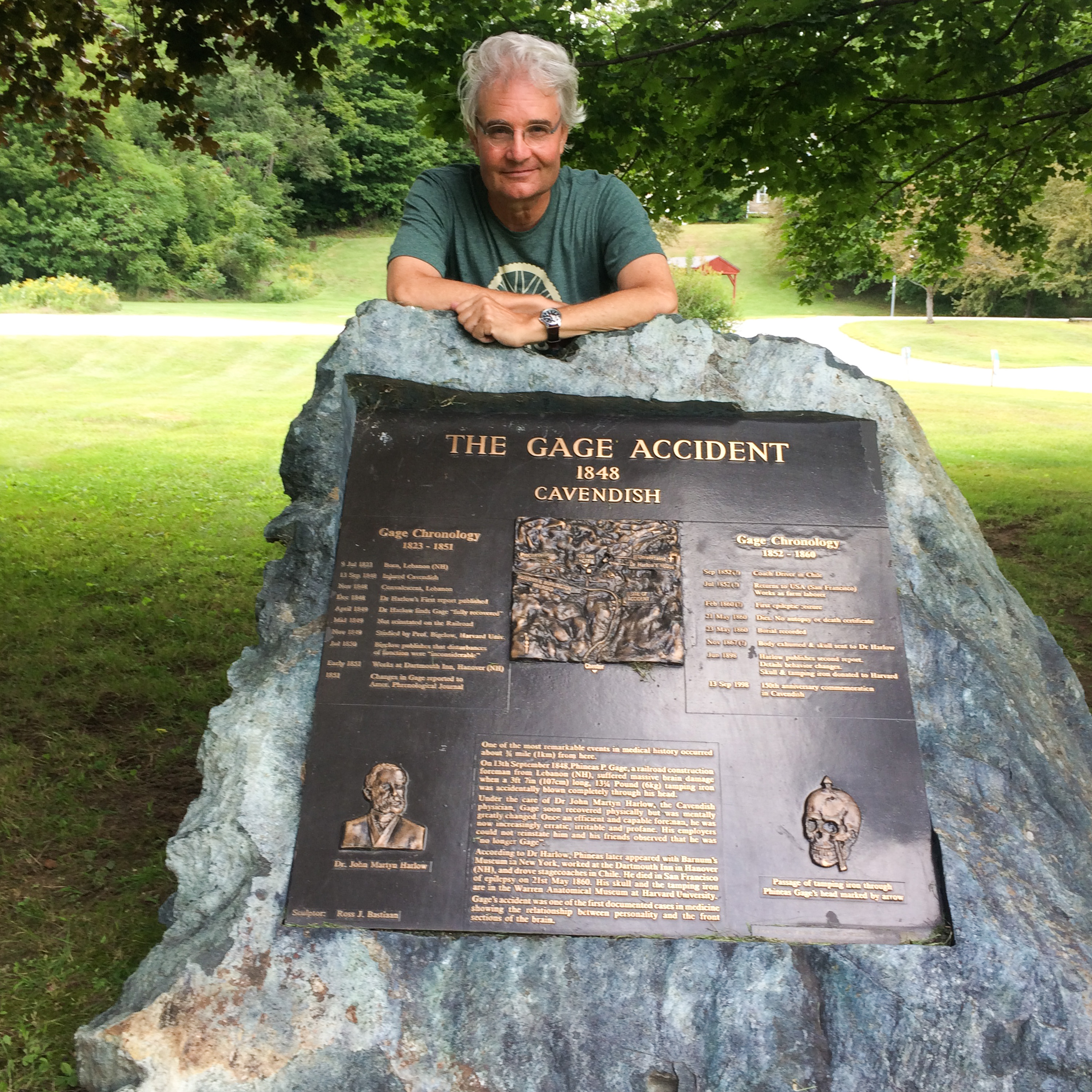 "Based on my experience with people who’ve had similar types of injury, you can talk to them and they sound completely cogent. And then you talk to them another time and it’s like, what planet are they on?" says Caulfield. "This is the horror of traumatic brain injury. Some families just cannot handle a patient like that."

Gage was unable to work on the railroad, but he still needed a job. For a while, he made money by exhibiting himself around New England as a curiosity, showing off the holes in his head and his famous tamping iron. Then he was offered a job as a long-distance stagecoach driver on the Val Paraiso-Santiago route in Chile. It was a 100 mile route — 13 hours , handling a coach and six horses, plus passengers, over rough terrain. Gage lived in Chile for seven years and then started having epileptic seizures. He died in 1860 when he was 36. 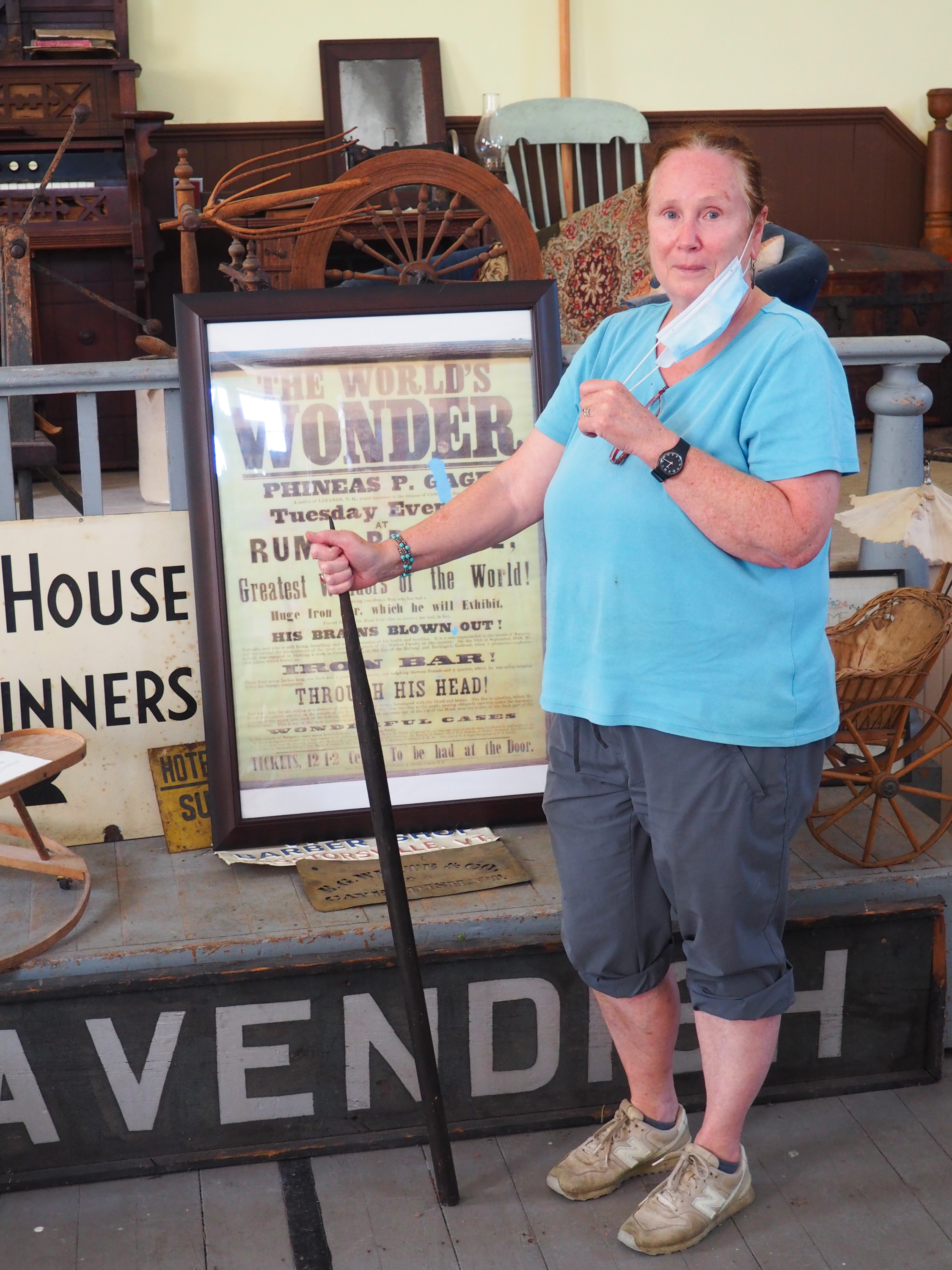 Margo Caulfield, director of the Cavendish Historical Society, poses with a replica of the railroad spike that pierced Gage's skull. Steve Paulson (TTBOOK) 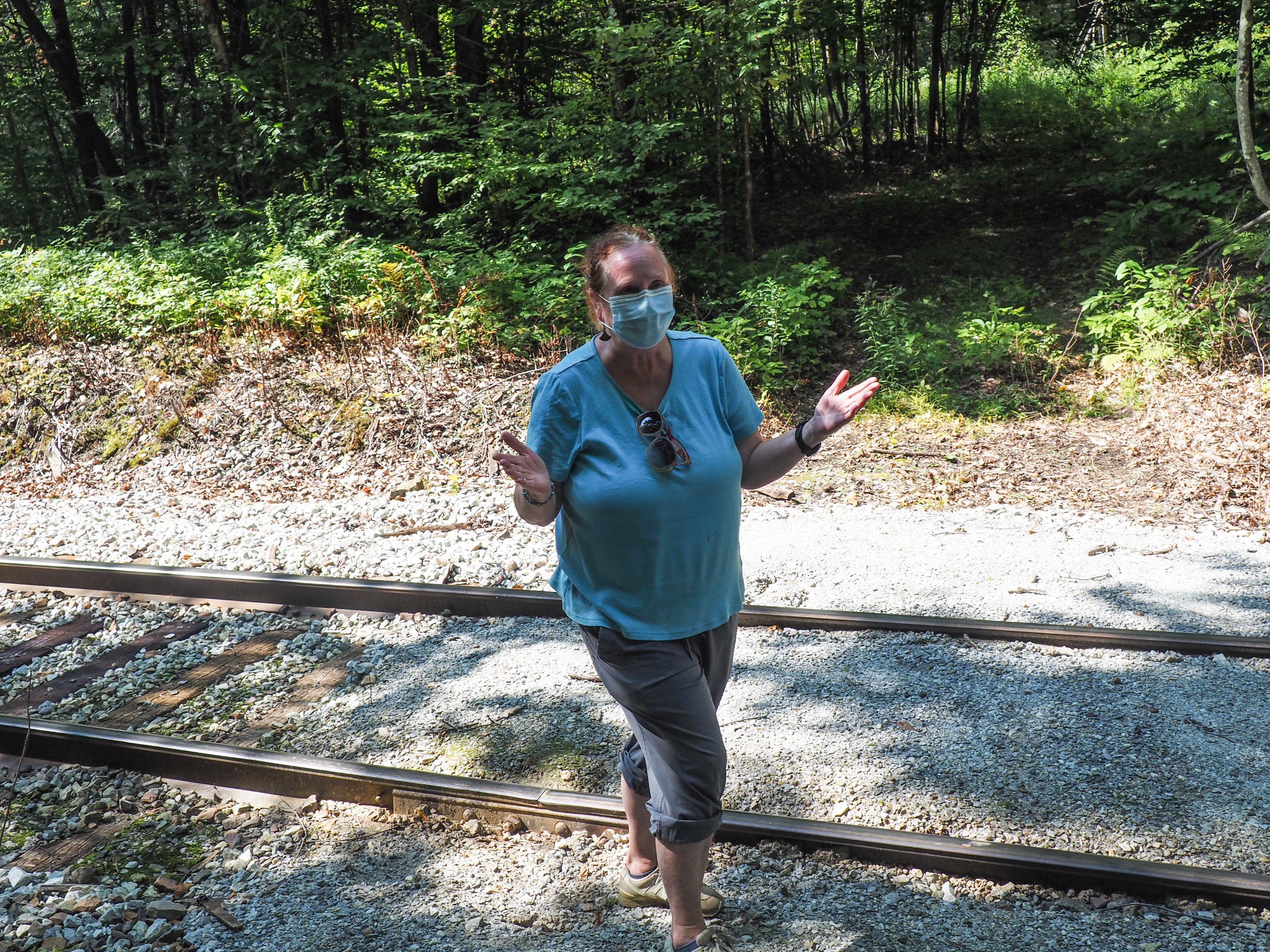 Caulfield shows Anne and Steve the location of Gage's accident in Cavendish, the path he blasted out that would become a railway corridor. Steve Paulson (TTBOOK)

Over the years, scientists have interpreted Gage’s story in different ways. At first he was seen as a triumph of human survival. Then for decades he became a textbook case for post-traumatic personality change. More recently, Gage’s case has been interpreted as a story of resilience. For a man who was supposedly anti-social and volatile, Gage’s ability to hold onto a challenging job in Chile suggests that he’d regained his independence and social adaptability. Perhaps Gage’s story is a textbook case of another sort, showing the brain’s capacity for rewiring after trauma. This gift of neuroplasticity is why we’re able to handle so much that life throws at us.

"I am fascinated by what he overcame to survive for as long as he did," says Caulfield. "The resiliency piece of his story fascinates me, which is also a big piece of the Solzhenitsyn story. I think resiliency is just hard-wired into our DNA."