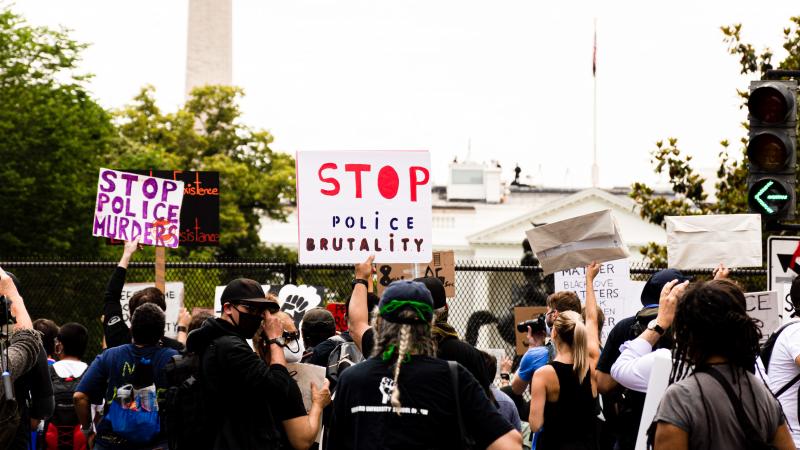 Demonstrators protest police brutality at a June 2 event in front of the White House, following the murder of George Floyd in Minneapolis, Minnesota on May 25, 2020. Koshu Kunii (CC0)

As the late 19th century drew to a close, America was at a crossroads. After the end of slavery, the U.S. was dealing with questions about how to assimilate African Americans into the larger society. So, for the first time ever, demographers began to collect data on the country’s black population, measuring variables such as health and mortality rates, and crime statistics. Historian Khalil Gibran Muhammad says this early research — and the misguided conclusions that sprung from it — helped to shape many contemporary attitudes about race and crime in America.

Muhammad says America started associating “blackness” with criminality, based on the work of early sociologists such as Frederick Hoffman, who first noticed a disproportionately high crime rate among African Americans. Hoffman and many of his contemporaries saw these crime statistics as proof of the validity of the widespread prejudice at the time that African American inferiority and pathology, which may have already been widespread prejudices at the time.

Crime rates in African American communities were largely due to discrimination, poverty and a racist justice system that treated African Americans more harshly than other segments of the population. European immigrant communities, for instance, had similarly high crime rates, but their crime was largely seen as a result of poverty or anti-immigrant prejudice.

“There was a gigantic footnote attached to the European immigrant’s crime and none attached to African Americans,” Muhammad says. “One [set of crime statistics] spoke for itself, the other one had a very long explanation.”

Muhammad says this biased interpretation of African American crime ultimately led to harsher policing strategies, which laid the foundations for many of today’s law enforcement practices.

He says it’s important for the country to recognize and remember historical injustices like Hoffman’s crime report, given the recent spate of unarmed Black men being killed by police officers.

“We have a deep aversion to a full reckoning with our history,” Muhammad says. “But it is the necessary precondition for holding ourselves accountable.”