Drawing Inspiration For The Fantastical From The Everyday 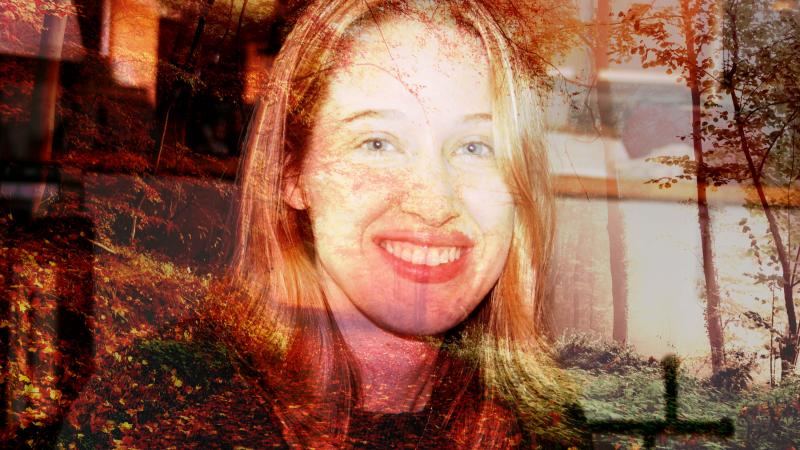 Chloe Benjamin is superstitious. So when her second novel, “The Immortalists,” debuted at number seven on The New York Times bestseller list, she was thrilled for the typical reasons, but also enamored with the luck, mystery and religious overtones of becoming “Number Seven.”

Many things for Benjamin, 29, are still the same after hitting lucky number seven. Over coffee in her second-floor apartment on the near east side of Madison, Benjamin says it has not quite sunk in. She is still knitting every day, writing (a third novel, which she doesn’t want to talk about right now), and working the front desk for the re-election campaign of Senator Tammy Baldwin (D-WI), answering phone calls from constituents once a week. But there are signs, too, that things have changed. Benjamin gave up her “day job” as an executive assistant at Domestic Abuse Intervention Services — a non-profit advocacy group for victims of domestic violence — in order to write full-time. And the other night she appeared on Late Night with Seth Meyers to talk about her first few weeks as a best-selling author.

A nationwide 17-city tour has been exciting, but Benjamin says she’s really a homebody, eagerly soaking up time with her husband and Maine Coon cat Gigi while baking bread or tackling a big canning project (usually jam or tomatoes). She's happiest to curl up with coffee and the latest of the books she’s reading — stacks of which decorate her apartment. Right now she’s reading “The Heart’s Invisible Furies,” by John Boyne, and re-reading Virginia Woolf’s “Mrs. Dalloway.” While she rarely gives knitted gifts — it’s too hard to give up a sweater or scarf after working on it for so long, she admits — Benjamin’s literary agent, editor and publicist on “The Immortalists” each received a pair of hand-knit slippers this past Christmas before the book came out.

The premise of “The Immortalists” is about magic and superstition, a journey through the lives of the four Gold children, beginning with their visit to a fortune teller who gives each of them a prediction of the day they will die. Benjamin says she has throughout her life thought a lot about death. “I’ve always been someone who is anxious and concerned about loss,” Benjamin says. But the key thread in the book, she says, is awareness. “For me the question was about coping with uncertainty and how we use knowledge,” she says.

Benjamin is chatty, enthusiastic and gracious, all while being intense and a careful listener. “She has a strange blend of insecurity and ego,” says Judith Mitchell, director of the University of Wisconsin-Madison Program in Creative Writing, which Benjamin graduated from and which drew her to the Midwest after she graduated from Vassar College.

Mitchell says Benjamin has an unusual tenacity and focus that has helped her accomplish what she wants as a writer. Mitchell has become Benjamin’s close friend in addition to her mentor. “She’s the daughter I never had,” Mitchell says, and took great pride introducing Benjamin at her book launch in Madison, comparing it to speaking at her imaginary daughter’s wedding. The two women, often joined by a third friend, meet regularly in coffee shops to write together. Mitchell is also a novelist and is working on her third book. There are long periods of working silence punctuated by bursts of conversation, a welcome diversion in the life of a solitary writer.

Benjamin enjoys researching new and unfamiliar worlds for her books, as she did into the realms of traveling magician shows and primate science for “The Immortalists.” Some parts, though, came from her own life. Benjamin has two brothers, one who is a Marine, and the other a snake bite venom expert. She’s fascinated with what makes siblings start together in one shared world but take off into wildly different directions. Growing up in San Francisco and taking daily ballet classes in the Castro district gave her background into the character Simon’s life. Benjamin’s parents divorced when she was young and she grew up in two households as they each found new partners, her mom with a woman. “Being raised by two sets of parents — one gay and one straight — was certainly a big part of what made me passionate about gay rights,” she says.

While she was working on “The Immortalists,” Benjamin found a copy of her grandfather’s memoirs, which he wrote while doing Freudian analysis. His family came through Ellis Island like many other eastern European Jews. He wrote about his father, who was a tailor. His stories became the inspiration for Gold’s Tailor and Dressmaking business in the book. Benjamin draws from her Jewish background for the story and says her grandmother was much like the Gold family matriarch Gertie. Benjamin grew up with both her mom’s Episcopalian faith and her Dad’s Judaism as part of her childhood. In writing the book, she liked that in Judaism, unlike Christianity, there is little said about life after death. “You don’t have this imaginative escape hatch of heaven,” she says. “It lends the life of the Gold children more urgency.”

Benjamin met her husband, Nathan Jandl, at the University of Wisconsin-Madison when she was in the creative writing program and he was in the PhD program in English. He now works for the university but moonlights as an invaluable editor of her work.

The UW-Madison MFA, which accepts only six fiction writers and six poets in alternating years, drew her to Madison. Fiction writer Lorrie Moore was also one of Benjamin’s teachers in the program, though she has since moved to another university. Mitchell says she loved Benjamin’s writing from the moment she first read it, blindly, in her application. “Chloe was writing lyrical, quiet domestic stories about people I recognized but hadn’t met,” says Mitchell.

“The Immortalists” will get an even wider audience as it makes its way toward television. The book has been optioned by The Jackal Group, and Benjamin expects it to be developed into a television series by a network such as HBO, Netflix or Showtime.

Benjamin has not talked to an astrologer, but thinks the interpretation of her November 2 birthdate as "All Soul’s Day," which in Christianity commemorates the souls of people who have died, is eerily accurate. According to astrological projections, the November 2 birthdate (Scorpio) is for a person who is shy, artistic and determined. As for going to a fortune teller, Benjamin says she’s never been to one and thought it would make for some shady karma to visit one just for book research. Also, she really just doesn’t want to know. “I’m a control freak,” she says. “You don’t want to hear what you don’t want to hear.”