Days with My Father: Photographs by Phil Toledano 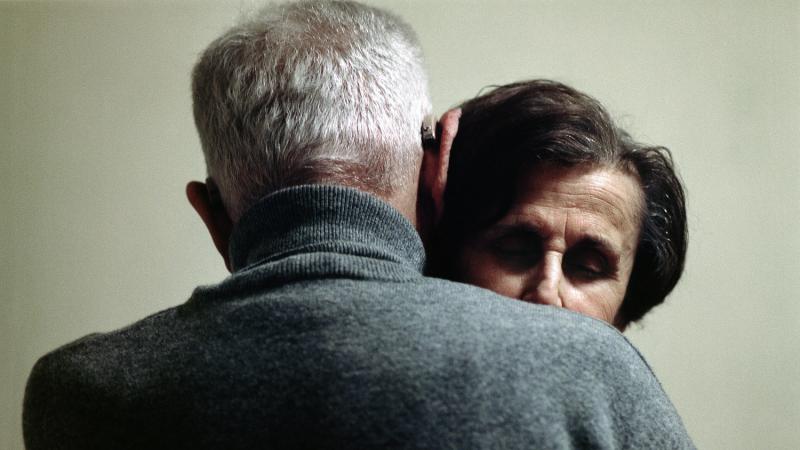 When photographer Phil Toledano's mother died in 2006, Phil - an only child - became his father's main caregiver. Phil started taking photos of him too. In the beginning, he says, "I was taking photographs for myself. I was recording something for myself." But when he started sharing the pictures online, the response was overwhelming.

In his conversation with Anne Strainchamps, he talks about how he took such loving photos, and how that project has given him the courage to take on new, more challenging work about family, mortality and aging. Here's his interview with Anne.

AS: It got a huge response when the photos first began appearing online. Were you surprised by how strongly people reacted?

PT: I was totally surprised, I mean, I remember very clearly thinking to myself when I was taking photographs or writing about my dad that it was such an extraordinarily personal project for me that there was no way that anyone else would be interested in it. And I couldn’t have been more wrong… Days With My Father is not really a book about death. It’s a love letter from me to my father and it’s a book about our last few years together.

AS: It’s not hard to see why so many people would have a heartfelt response to the photos; they’re so tender. I don’t know what you do as a photographer to make your love for your subject palpable, but it really is in these. How did you do that?

PT: Two things, really. You have to be naked - not literally - when you’re taking the pictures… totally unabashed about showing your heart… I was taking photographs for myself. I was recording something for myself. When you think about it that way, you’re not ashamed or embarrassed about what you’re recording. And the other thing, I think, most importantly, was that I took very few pictures, really, when I was doing this work. I didn’t want the process of taking photographs to overwhelm just being with my dad. So I would take five or six pictures, or seven or eight pictures, and he’d say, “Okay. That’s enough.” And I’d put the camera down. There were specific things I wanted to remember. There’s one photograph in the book where I talk about his ambition and his ambition for me. And his ambition for me was one the few things that was left for him that really brought him unalloyed joy. So I wanted to remember what his face was like when I told him I’d done something good… My feeling about the reason why people had the reaction they did to the work is because a lot of the work I’ve seen is so unremittingly sad about that particular stage of life, and I think that I just happened to be lucky about the way my father and I lived those last few years together. And there’s, of course, sadness in there. But there’s also everything else that makes up life, which is beauty and strangeness and humor and, you know, heartbreak.

AS: You started putting some of these photos up online while your dad was still alive, right?

PT: Well… I started posting when I was really almost done with the whole thing. And people ask me why I put it up on the web and I think, in some ways, I’m an only child and even [though] I could talk to my wife about it, it was a very solitary experience for me. I think it was sort of a form of - this is going to sound peculiar, but - a form of exorcism. It was such a thing for me to carry on my own that I just wanted to get it outside of myself. And when I traveled to give talks about my work… people would say, “How’s your dad?” I think that’s really beautiful. Look, I’m an artist, and most of the art that I do is pretty useless. And I think that goes for most art in some regard. But I accidentally did something that was useful. So if I shuffle off tomorrow, I’ve done one good thing, and I’m happy about that.

These slideshow galleries are a collaboration with FlakPhoto, an independent photo/arts collaborative that promotes the discovery of photographic image-makers from around the world. Since 2006, creator Andy Adams has staged exhibitions, publications and public conversations that foster photography culture on- and offline. FlakPhoto is based in Madison, Wisconsin, USA.