Alice Walker on 'Disturbing The Peace' 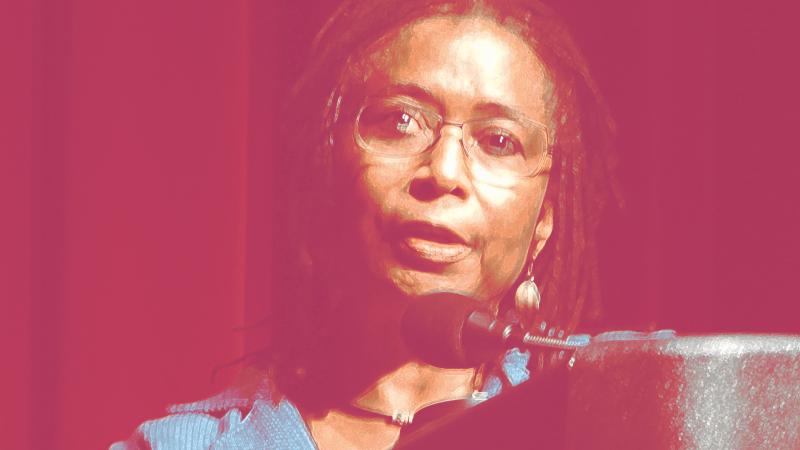 Alice Walker is best known as the author of “The Color Purple," but she's perhaps equally known for her political activism as a civil rights advocate and feminist. Which is what made it a surprise that she chose to recommend Richard Yates' of “Disturbing the Peace" — a novel following advertising executive John Wilder whose seemingly successful life quietly fractures under the pressure of mundanity, alcoholism, anger, and recklessness.

Yates writes of white men and their mundane sadness, their domestic life and even their existence. His writing has been called simple, conservative, and conventional. He had little success in his lifetime (though his book, “Revolutionary Road” was nominated for a National Book Award alongside “Catch-22”) and until recently was out-of-print.

Alice Walker was drawn to him because his world was so different from hers. But she feels he writes that reality the truest. And maybe that is why, she speculates, that he is not as popular as he should be — his truth is too hard to bear.

Many people don't know about Yates. He's the man who wrote "Revolutionary Road," which was turned into a movie. I don't know why he's not better known, but anyhow, I was re-reading his book, "Disturbing the Peace."

His work is often autobiographical. His world is very different from mine. But for some reason I really like him because I think he's a really great writer.

He's writing about being an alcoholic. Also — because of the alcoholism — [his character is] slowly and not so slowly losing his mind, cheating on his wife and son and his girlfriend.

I find his work just so compelling because he seems to me, among white writers, one of the truest. When you grow up, as we all have in this country, you have a list of writers, a lot of them mostly white writers. I like most of them, Hemingway and everybody, but there's something about Yates.

The world of "Mad Men" is the world of Richard Yates, where they're all basically in advertising. They're selling stuff they don't believe in and they're all drunks and they're all cheating on their wives. But he really gets underneath the skin of the American illusion in a way that very few other white male writers do, because they're either looking toward Europe for some kind of pat on the head or they're trying to do something grand for America.

Yates doesn't care about any of that. He's after the fraudulence of how our culture is always selling stuff it doesn't really care about. But I think he is so that way that many people can't bear to listen.