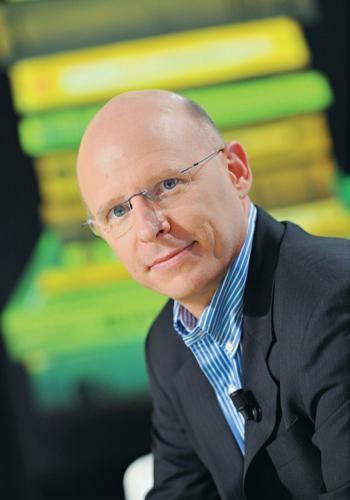 Sipa Baltel (via the author)

STANISLAS DEHAENE is one of Europe’s leading cognitive neuroscientists. Born in 1965, he has been studying cognitive science for more than two decades and is the author of five books, two television movies, and over 150 scientific publications in journals such as Science, Nature, Nature Neuroscience, and PNAS. In 2005, he was simultaneously elected to the Académie des Sciences, and as a professor of the Collège de France, which created a new chair of Experimental Cognitive Psychology for him.

Dehaene directs the INSERM-CEA Cognitive Neuroimaging unit, located in Orsay near Paris (www.unicog.org). His work uses advanced techniques of functional magnetic resonance imaging, electro-encephalography, intracranial electrodes, and psychological manipulations to study how culture and biology interact in the human brain. He is renowned for his work on the neural bases of mathematical abilities, but also for his studies of reading, language, bilingualism, and consciousness. His work has been frequently featured in the international press and on television. Stanislas Dehaene has received several international prizes including the James S. McDonnell centennial fellowship (1,000,000 $ grant), the Louis D foundation prize (750,000 €), and the Piux XI medal of the Pontifical Academy of Sciences (Vatican). He routinely travels to the U.S. and Asia for invited talks and meetings.

He is the author of The Number Sense: How Mathematical Knowledge Is Embedded In Our Brains; Reading in the Brain The Science and Evolution of a Cultural Invention; Consciousness and the Brain; and How We Learn.