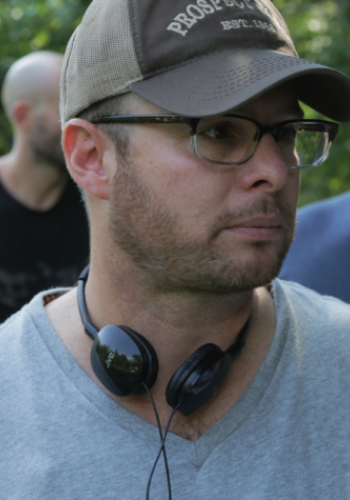 Born in the 1970s, Marc grew up in Cortlandt Manor, NY, and graduated from Hendrick Hudson High. He’s the son of a tax attorney and real estate broker. He missed an open goal in the high school’s State Semi-Final soccer match against Hewlett, Long Island, symbolically ending his soccer career. He wrote about that humiliating moment, which was in essence the start of his creative writing future. Favorite films that influenced him during high school were Amacord, My Life As A Dog, The Last American Virgin, and The Shining. His parents divorced a few weeks after he graduated, then his mom gave up selling homes to be a Feng Shui consultant. His dad moved to Manhattan, where Marc returned after graduating from Franklin & Marshall College. He slept on his dad’s sofa until he could find his own apartment and start his career as a playwright. He quickly discovered the IFP and the New York independent film community.

"My Friend Dahmer" is his fourth feature. It’s his first film to be set during high school. His screenplay, which is based on the award-winning graphic novel of the same name, landed on Hollywood’s prestigious 2014 Black List. Marc’s previous features How He Fell In Love (Orion Pictures/Monument Releasing) starring Matt McGorry and Amy Hargreaves, Harvest (Monterey Media) a NY Times Critics’ Pick with Robert Loggia and Barbara Barrie, and Approaching Union Square (Sundance Channel) are all very different from this one, but at the same time demonstrate his consistent commitment to richly detailed, heartfelt character-driven stories.

Marc is an alumnus of various theater collectives in New York including the Ensemble Studio Theatre and Cherry Lane Theatre. He’s grateful for the mentorship of Milan Stitt, Tom Noonan, and other artists. He started as a director by turning his one-act plays into short films. His first short 86 Customer was made with stolen B&W 35mm film.

Marc lives with his wife & producing partner Jody Girgenti and their daughter in Brooklyn, NY.