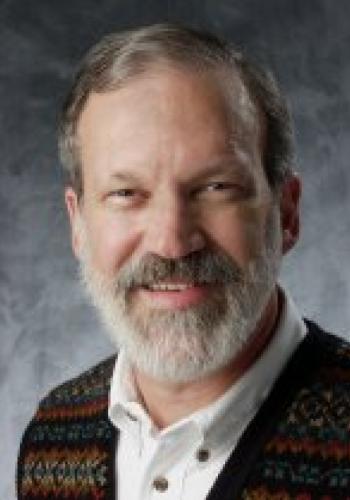 Jim Fleming was born in Madison, Wisconsin, grew up in Champaign, Illinois, then later returned to Madison as an undergraduate at the University of Wisconsin - Madison majoring in English. During this period, he worked as a volunteer at Wisconsin Public Radio.

In 1974, Fleming co-produced "The Snow Goose" and then two years later co-produced the production of "Guernica" which won the Ohio State Bicentennial Award.

In 1975, Fleming became a co-host on WPR's "Morning Report," then worked as cultural producer/interviewer on the arts magazine Art and Soul between 1977 and 1984.

For more than thirty years he has been a reader for "Chapter a Day," a program which brings the best of literature to radio.

During his years at WPR, Fleming has also held a number of management positions including music director and associate director/program manager, overseeing Wisconsin Public Radio's programming through much of the 80's.