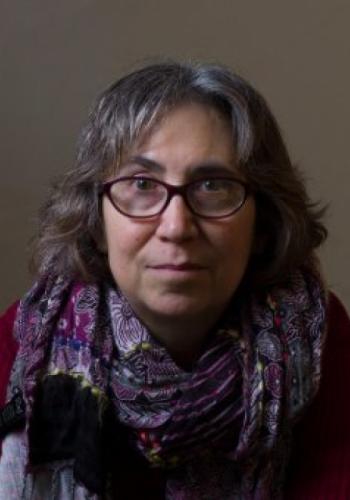 Ann VanderMeer (nee Kennedy) is an American publisher and editor, and the second female editor of the horror magazine, "Weird Tales." She is the founder of Buzzcity Press.

Her work as Fiction Editor of Weird Tales won a Hugo Award. Work from her press and related periodicals has won the British Fantasy Award, the International Rhysling Award, and appeared in several year's best anthologies. Ann was also the founder of The Silver Web magazine, a periodical devoted to experimental and avant-garde fantasy literature.

In 2009 "Weird Tales edited by Ann VanderMeer and Stephen H. Segal" won a Hugo Award for Best Semiprozine.[1][2] Though some of its individual contributors have been honored with Hugos, Nebula Awards, and even one Pulitzer Prize, the magazine itself had never before even been nominated for a Hugo. It was also nominated[3] for a World Fantasy Award in 2009.

She was the fiction editor for Weird Tales magazine[6] from 2007 until its purchase by Marvin Kaye in 2011, and is serving as one of the guest editors for the new Best American Fantasy series from Prime Books. Fast Ships, Black Sails (Nightshade Books), Last Drink Bird Head, and Love-Drunk Book Heads.

Ann has partnered with her husband, author Jeff VanderMeer, on The Kosher Guide to Imaginary Animals. She has also partnered with Jeff for such editing projects as the World Fantasy Award winning Leviathan series and the Hugo Finalist The Thackery T. Lambshead Pocket Guide to Eccentric & Discredited Diseases. Recent collaborations include The New Weird,[7][8] Steampunk, and Steampunk II: Steampunk Reloaded, published by Tachyon Publications.[9] In Autumn, 2011, Ann and Jeff VanderMeer founded Weird Fiction Review, an online magazine dealing in weird fiction.[10] The Time Traveler's Almanac will be published in March 2014.