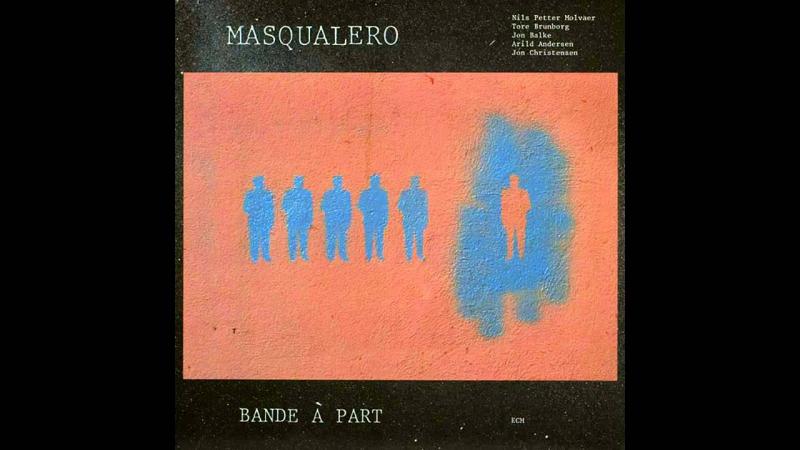 Tord Gustavesen: Hi, I'm Tord Gustavesen, a Norwegian pianist. I just released the album "What Was Said" on ECM Records together with vocalist Simin Tander and drummer Jarle Vespestad where we do explorations of my Christian roots, to put it in a slogan.

But now I'm here to talk about one of the albums that has been a major influence on me and on my music over the years. I've chosen a classic in European jazz history an album called "Bande a Part." It was released on ECM Records in the 80s by the Norwegian band Masqualero.

This is such a gorgeous album: it's explorative, very free, open minded. At the same time hauntingly beautiful melodies and it also has all these lines spreading from it, backwards and forwards in history. It has Tore Brunborg on saxophone who is now part of my instrumental quartet and with whom I've toured over the last four years a lot.

His playing is there. He was very young there, but it was already so mature and so creative and taking like making sense of this melting pot between Norwegian folk traditions and improvisation.

And then on trumpet there is Nils Petter Molvaer, who became one of the major stars of the European scene and one of the most important pioneers in bridging electronica and jazz and House music and jazz in the 90s. His playing has never been stronger than already there in the 80s, when he ends taller than shared the front in this band.

And then there is Jon Christensen on drums who also played in the legendary quartet with Keith Jarrett and Jan Garbarek. So he's really the link there to Keith Jarrett and to the whole incredible inspiring catalog of Jarrett.

All these details aside, there is the songwriting. The willingness to take the leap of faith to really go for it. To cherish beauty and to at the same time have this, to follow the urge to be here and now to have the rawness of emotional intensity here and now.

For instance then in the track called "NYL," which is one of my favorites on the album. This is, yeah, this is a gorgeous album.