Raised On A Reservation, Can A White Man Write Native Poetry? 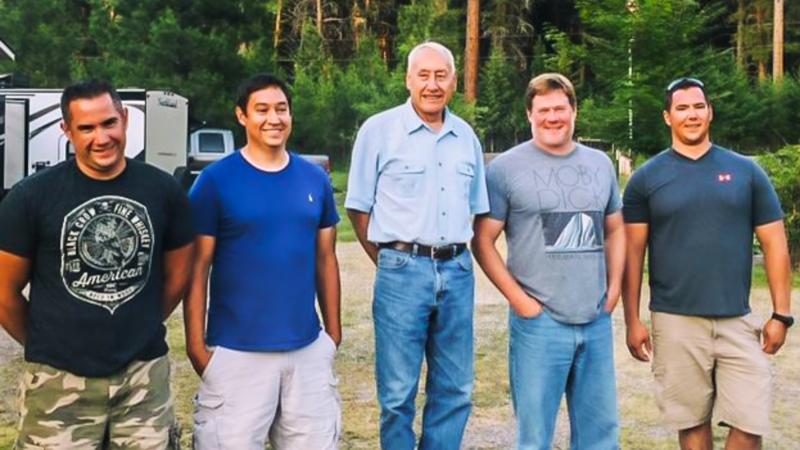 Kevin Goodan (second from right) with all his brothers and step-father this summer.

Charles Monroe-Kane talked with him about his new book of poems set on the Flathead Indian Reservation, called "Anaphora."