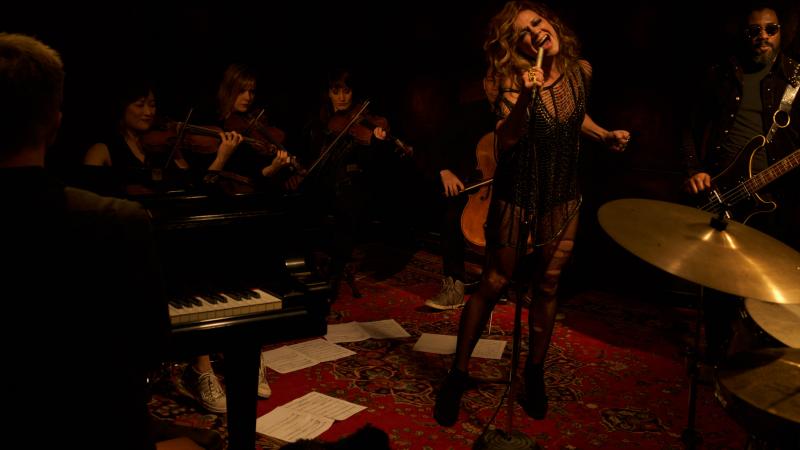 Nikka Costa has quite the storied musical past. At 5 years old, she sang with Don Ho. By 9, she had the No. 1 song in South America. By age 10 she was a pop sensation in Europe and by her twenties, she was Britney Spear’s opening act.

But the pop music is behind her, and now she’s doing something very different — or very familiar, depending how you look at it.

Costa’s father is Don Costa, the famed arranger for Frank Sinatra. In fact, Sinatra is Nikka Costa's godfather, she even did a duet with Sinatra at the White House.

Nikka Costa grew up on the road with the Rat Pack, learning life and music from them. And now she heads back to her deep musical roots with a new album called "Nikka & Strings, Underneath and in Between."

The songs below were recorded live at NPR West in Los Angeles during our recent interview. The female artist brought in a stripped down version of her band with Aaron Redfield on drums, Jeff Babko on keys, and Shawn Davis on bass.

"Nothing Compares 2 U" is a version of the late Prince’s classic. Prince was her mentor.

"Come Rain or Shine" is a version of great American classic arranged by her father specifically for Sinatra. Her inspiration for the album came after finding the original sheet music for this song in her father’s things.

"Ain't That Peculiar" is Costa's twist on the Marvin Gaye hit.